Alert, Alert, Alert . . . I am trying something new – and maybe you should too. Amazon Kindle has this new serial format that allows us writers to serialize our books (not old ones, mind you). From just a few episodes to an unlimited number – all your decision. It’s called Kindle Vella. I’ve just published the first five episodes of my first serial titled 7 HOURS TO BARSTOW – THEN TURN LEFT. New genre, Slipstream and new character, the Gray Rider. Ten episodes are available, the first three are free, more to be added. Check it out here.

Years ago there was the opportunity to use Amazon Kindle as a way of serializing our stories, even novels. Hugh Howey used this as a stepping stone to his success, Wool, and so did Andy Weir and his amazing novel The Martian. Both started by publishing one chapter (episode) at a time. Eventually they became the novels we enjoy. But they started in the old fashioned Dickens-Victorian way (England) on weekly episodes in the newspapers or magazines.

I don't know whether Amazon will pull this off, there's some concern (on my part) about the issue of buying Tokens (credits) to be used to acquire new episodes (complicated) and the split for the author. Time will tell and they will adjust as needed. However, I believe that this will provide opportunities for writer to strut their stuff, try new genres, styles, even go over the edge (as does 7 Hours to Barstow - Then Turn Left).

Here's a peak at the scope of VELLA: 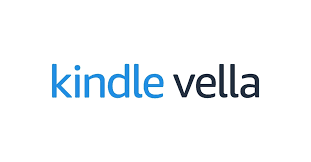 7 Hours to Barstow comes from an idea my trainer and I cooked up. He was taking a motorcycle ride down the backside of the Sierra Mountains on Highway 395 last summer and we starting wondering what he'd run into along the way: ghosts, sheep, hitchhikers, etc. I started a run of text that I liked and it became what you will find.

There's an obscure genre out there called slipstream (WIKI HERE). My fascination with this style came from a book an old friend (who sadly has passed) gave me. It is Robert F. Jones' Blood Sport, A Journey Up the Hassayampa. It is without a doubt one of the weirdest novels I've ever read and totally embodies the goal of slipstream as "nonrealistic fiction with a postmodern sensibility." 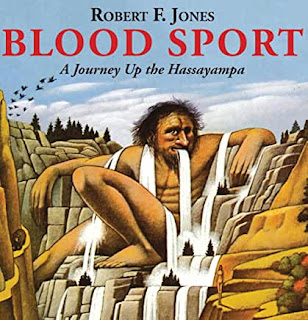 7 Hours is sort of an homage to Jones and his story. What I'm hoping to do is keep adding episodes (10 posted or soon will be), that continue the travels of my man, the Gray Rider, as he cruises the back roads of America. Let me know what you think.