Here I Go Again - Once More Into The Breach

I started this blog to discuss and keep my loyal and faithful readers up to date on the comings and goings of Sharon O’Mara, our heroine. To date we (she) have dispatched an evil transsexual land developer, saved the high end fashion industry from knockoffs made in China (an young girls from the slave trade while we were at it), returned valuable Impressionists paintings stolen during WWII while foiling the attempts of 21st century Nazis to return to power, and lastly saved the world from nuclear Armageddon by preventing Iran from stealing a sailboat.

All in a day’s work for our gal. But what’s next, where will Sharon’s next pay check come from?

You have met the crew:
Second String:

And there you are, a rouges gallery if there ever was one. What will Sharon get them involved in next?

The new book is underway and it’s got baseball as the back story (and front as well), locations are Amsterdam and Brussels, London, San Francisco and of course Walnut Creek, California. Working title: Diamonds For Death. And here's a new idea as well, do you have some ideas for our heroes? Here are some key ideas: baseball, Cuba, London, diamonds, Iraq, San Francisco, Giants, Paris, and Amsterdam. Just post a comment with your ideas and I’ll give them a look, you never know. (And no, I do not have writer's block!) 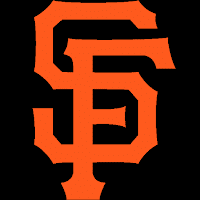 The big twist is that I may just offer this book as a series through Amazon’s Serials.

Eight chapters, one every two weeks, word count maybe 80,000. So be patient and let’s see where Sharon leads us.


I stopped in a bookstore over the weekend and discussed, with one of its knowledgeable associates, the chances of my books being carried on their shelves. He referred me to the owner, but did caution that they do not carry books sold through Createspace. I asked why, “Distribution issues.” Where have we self-publishers heard that? I won’t mention the store’s name but it is a wonderful bookstore, well-populated with the latest thrillers and mysteries and has a stellar reputation in its region. Every large city has at least one of these and my guess is all are holding on by the thinnest of margins and broken fingernails.

A bookstore is a business, first and foremost. It relies on that small bit of black ink at the end of the month to keep its doors open and by that promise to its patrons, keep open its doors to us scribblers and story tellers. They are the real meeting ground between readers and writers. Great bookstores are like churches, sacred and honored places. But I often feel like a penitent when I try to sell my wares. I enter hat and hand, holding out my work, praying for a kind word, maybe a hope, maybe three inches, nay even two, on their shelves. "No sir, you are wanting. We do not do Createspace here." I turn, crestfallen and confused; was I sold a bill of goods?

Createspace offers for a nominal fee of $25, their expanded distribution program. Actually quite a bargain if you ask me. It says that my books will be available through Ingram and NACSCORP, and even through Barnes and Noble. It will also be available to libraries and academic institutions through the distributor, Baker & Taylor. I am not sure in their “lawyer speak” what they mean by “online and offline retailers”, while they note that my book may be discoverable (discoverability – their words, ouch) to retailers, bookstores libraries and distributors (?). Does it mean when a bookstore orders hundreds of Connelly's latest through Ingram, mine will pop-up in the catalog? Not sure. But there is an obvious resistance on the part of the bookstore owner to self-publishers.

If there is one paramount thing I have found in conversations with bookstore owners is their need to cover costs. Their margins are so thin that having an extra person hanging around the payroll helping self-publishers pile their books on tables and then dealing with the remainders and leftovers, is well, too costly. I totally understand, that’s the reason why self-publishers have turned to the ebook and the online electronic retailers. Cost and distribution issues, ebooks have minimal cost and a huge audience. But we still want to see our work sitting on the same tables as John Gresham, Michael Connelly, Nelson DeMille, and old Clive Cussler. It’s even better than your college professor saying she liked your new book. Validation, we live for it.

I’ve been with Creatspace less than four months; it’s a dramatic turn and improvement from my old way of dealing with print on demand. Createspace’s product is better and more cost effective; it is consistent and very transparent with the author's online dashboard and the flow through from ordering online through Amazon. Wait a minute; AMAZON. I think I see something here.

If there is one Attila the Hun laying waste to the literary bookshelves of America it is Amazon. With their mighty army they have not-so-quietly aided and abetted the loss of numerous independent and chain bookstores, while giving the public affordability and availability. Some bookstores have survived and are even better for it (it’s what good management can do), but Amazon is aggressively competitive and have allied with many of the big publishing houses to undercut the competition. They are the black storm cloud hanging out on the edge of town, the independent bookstore’s town.

It’s my guess the rejection of my books has more to do with macro-economics and distribution channels, international socio-demographics and algorithms, at least that’s what I’ll tell myself tonight over a stiff drink.

A Thank You and Flashbacks


First off, I want to thank all of you that downloaded my books last week from Smashwords. This was a once a year event where all five of my thrillers and novels were free. Over 100 were downloaded and I appreciate it very much. I hope you enjoy Sharon’s adventures and spending a summer in 1956 with Howie Smith. All I ask is that you take a minute or two and write a review and post it on Smashwords. It’s simple; go to the specific page for the book and scroll down a bit. Under Review click the “Write a Review” and there you are. Simple and thanks for your support.

Flashbacks
In one of my LinkedIn groups we have been discussing flashbacks, when to do them, how to do them, and other bits such as length, tense, and even format. Almost every novel, of length, requires context and an inevitable flashback or two sneaks in. Something has always gone on before and impacts the story’s present context. There was a murder, now find the murderer. There was a famine, but the story is really about the effects of starvation. Context.

A successful flashback does a number of things. Provides backstory, provides pertinent information, and possibly introduces characters (living and even dead). The dead can’t speak for themselves, except in a flashback.

“Once Upon a Time” is the grand-daddy of flashbacks, but often the story/fable stays there, so it’s not really a true flashback. A true flashback is a jump backward in time during the course of the story; things are said, deeds done, mysteries started – then jumps back to the present time of the story. It is information. What is critical is that you do not bore the reader.When it's not pertinent - it's boring and often trite.

In Michael Connelly’s new work, The Black Box, he starts in L.A. during the riots of 1992, he tells a complete scene, with dialog and action. It is titled, Snow White, 1992, and is presented as a prologue (hated amongst many editors and agents, why I’m not sure), so when is a prologue not a flashback, well, when it’s not. Someday I’ll deal with prologues – limited time today.

The key to a successful flashback (that doesn’t mess too much with the reader), is to properly identify the flashback as what it is, such as “Baghdad, June, 2005”, or some date/time prior to the current story. By their nature they occurred in the past and are relevant to the story in the present. Be careful when they drone on and on in a narrative form, it is too easy to sound like a lecturer. And set it up so that it doesn’t come across as "I have a secret", i.e. “And Bob wanted to make sure that Mary didn’t know about his past with Jean . . . . (seven pages) . . . and his three children they lost in the fire.” It can be distracting, that is unless Bob started the fire.

In my stories I have Sharon O’Mara moving back and forth in time (the present, then Iraq, then present, and so on), not through “I remember,” but in specific chapters that are five years earlier, and through the course of the book I have the reader jump back and forth from past to present and then back – all tied together at the end, in the present. I think it works. I tell two parallel and reflective stories and show relevance and context. And it’s fun. But I also date these passages and when I come back to the present I make sure they are properly titled as well.

Time travel, backward and forward, is as old as storytelling. Science fiction is often about flash-forwards, historical novels rely on flashbacks for context, and romance uses flashbacks to setup everything from true love found to revenge. Just remember to treat your reader kindly, try not to confuse them or bore them. The past is prologue, ... ouch.

So far almost 80 books downloaded, thank you for your interest and support. 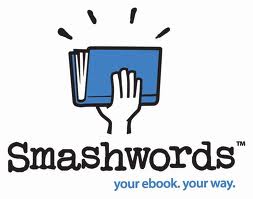