Her Final Breath by Robert Dugoni

One wonders if the second book in a series will be as good as the first. In Robert Dugoni’s Her Final Breath, he more than pulls it off. In fact, he nails it. Detective Tracy Crosswhite investigates the murders of exotic dancers in Seattle’s North District and can not find a clue as to who or why someone is brutally killing these girls. She is drawn in, with her partner Kinsington Rowe, to the seamy side of Seattle that tourists try to avoid – at least those tourists from Ohio and like places. Dugoni parades a cast of characters through the book that seem to be normal on one hand and absolutely bat sh#t crazy on the other. Her Final Breath also weaves past internal police ineptitude with current police politics. Crosswhite’s boss, Johnny Nolasco, would rather see the wrong guy convicted than find the right killer he missed years earlier.

Dugoni has created a dynamic, strong, and yet vulnerable character in Tracy Crosswhite worthy of many more stories. There are few strong women in thrillers these days, and Crosswhite is one of the few. His next book In The Clearing, is due out in May, 2016. I look forward to it.

I'm into serious research for my next World War Two thriller as a follow up to a manuscript under editing at the moment (more on this in a later blog). The new book will look at the post war changes that developed in an around the Mediterranean Sea - including the partition and eventual founding of the nation of Israel. This drew me again to a serious book I hadn't read for maybe fifty years, Exodus by Leon Uris.

Uris has always been one of my favorite writers who dealt not only with war and the impacts these conflicts have on his characters, but the real history behind the conflict and why things happened the way they happened. He does not sugar coat history or his characters.

Published in 1958, Uris develops, in Exodus, the story of the people that formed Jewish Palestine and eventually the start of the state of Israel. There is far more in the book the the 1960 movie starring Paul Newman and Eva Marie Saint could ever portray. Uris gives us the rich, and more often than not, brutal history of those that fled the Russian programs, survived the Nazis death camps, and had lived for three thousand years in the narrow strip of ancient lands that three major religions claims as theirs.

Exodus, written within ten years of the end of WWII and the partition United Nations portion of the lands of Palestine that became Israel, captures the realities of the region. A reality that in most ways has not changed in the last seventy years. We are fond of revisionist histories that make us feel good and paint scenes that are rosy - Uris paints no such picture.

This is the story of a people striving to create something new out of chaos and misfortune so hideous we can not imagine what they went through to reach Israel. It is also a story of a world that, even after the war's end, was still in the thrall of the oil companies, corrupt governments, bigotry, inept leaders, and opportunists.

His characters are richly developed, the story easy to follow, and the scene descriptions more than competent and imaginable. It stands as one of the best books of the twentieth century.

It is also a story of hope, salvation, and success. I highly recommend the book as well as Leon Uris's other books (go here). 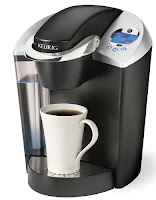 Obviously this is my list, while most of these are on a lot of people's lists there are many others not included. We each have our favorites.


1. The Keurig Coffee maker (K-Cup) – while technically from the latter part of the 1990s, this appliance caught on in the after being wholly acquired by Keurig Green Mountain Coffee and revolutionized the coffee industry as much as Starbucks changed coffee drinking. Starting in 2008, innumerable brands of coffee, soup, tea, became available at the local supermarket for the machine. I love the thing, and don’t start with all the baloney about the throw away cups. I ask you, how many wine and liquor bottles did you toss this week? And what about that countertop roll of paper towels that you replace each week? And at 5:00 a.m. who wants to make a full pot of coffee?

2.  Apple iPad (2010) and the ensuing wave of personal tablets. If one item changed how we deal with everything from entertainment to logistics it was the invention of the iPad and its imitators. In your hand you can contain a library, access to patients records, maintain shipping records, managed inventories, display restaurant menus, and even waste innumerable hours playing WarCraft. I actually invented the original reader tablet (go here), I was just fifteen years too early.

3. The (now) ubiquitous Smartphone. While the successor to a number of late 20th century PDAs and Blackberries, the iPhone (2007) set off the mad scramble to change how we entertain, interact, and access the world around us. While a lot like the tablet, the Smartphone’s advantage was its cellular connection, size/portability, and ever-expanding world of Applications (Apps). It has also lead to police citations for distracted driving, users injured after walking into poles, ponds, and crosswalks, and more selfies than the world should ever need or want. In fact the selfie might be considered a 21st century sub-invention of the Smartphone.

4. Facebook (2004). This social media application took the world like Genghis Khan did in the 13th century. No description is necessary – if you don’t know what this is you probably are in the 13th century. I often believe that Facebook is like being forced to spend the rest of your life at your Aunt Milly’s with her cats being required to go through the photo albums of her bus trip to Bulgaria in 1973 with Trump driving and Hillary doing the tour guide thing.

Like most technologies, POD is a derivative of the high-speed reproduction systems developed during the last forty years (Xerox, Minolta, etc.). POD differs in that with one machine produces a professional book of fiction or non-fiction a in less than five minutes (often much less). The Espresso Book Machine (Xerox) was first installed in 2007. This is both a physical invention and a data system using interrelated tools for data storage (book files), sales access (book page at Amazon, etc.), and input (authors/publishers). It has dramatically changed and expanded the number of books (paper) available.

6. Amazon Kindle (2007) and the eBook. I ask you, does an ebook really exist? Without a reading device such as the Amazon Kindle and subsequent tablets, or iPad, or smartphone, or even you computer, the ability to read an ebook is impossible. Yet, this electronic collection of whatever it is has revolutionized – and I mean revolutionized – the world of writing and publishing. I would offer that more than 90% of those with a tablet device or a computer have downloaded at least one ebook—admit it. Jeff Bezos and Amazon not only changed how we buy books but how we read them as well. 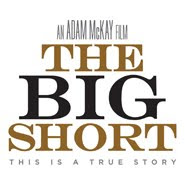 7. The Collateralized Debt Obligation (CDOs). I didn’t say they would all be positive - go see the movie the Big Short Wikipedia Says : In the early 2000s, CDOs were generally diversified,[5] but by 2006–2007—when the CDO market grew to hundreds of billions of dollars—this changed. CDO collateral became dominated not by loans, but by lower level (BBB or A) tranches recycled from other asset-backed securities, whose assets were usually non-prime mortgages, and are known as Synthetic CDO. These CDOs have been called "the engine that powered the mortgage supply chain" for nonprime mortgages,[7] and are credited with giving lenders greater incentive to make non-prime loans[8] leading up to the 2007-9 subprime mortgage crisis. And the world was given the Great Recession and the destruction of my company.

9. Google Earth (2001). For armchair travelers, planners, geographic voyeurs, and vacation planners, Google Earth is just plain cool. With its 3D function you can get a feel for the land
nd the structures of cities, with its street view walk or drive the cities and countries of much of the world. Combined with its ad features for hotels, businesses, restaurants, and almost everything else that pays to play, it can make a business. (also includes Google Maps here).

AncestryDNA, 23and Me, Family Tree, etc. are all companies that will test your DNA to try and place your genetic ancestry based on their huge pool of DNA tests. Like the commercial though, you may think you were German and discover that you are really Scottish, or Norwegian, or Dalmatian (the region, not the dog). Not done this myself, kind of spooky out their in my gene pool.