Updates and a New Chicago Book

Sorry that I haven't been as frequent as I have in the past. Lots of family things, business things, and writing things have priority these days. But here at least is an update.

I have a new book in pre-sale at Amazon (Click here). It is the second in the Tony Alfano Series. I just enjoy writing this series, my hope is to have one out once a year, as well as a new Sharon O'Mara Chronicle, and maybe two other series I'm writing. More on those in a later post - one may even have a New York publishing connection - we will see.

Here's a blurb from the new Alfano story:


In Chicago, during the hot summer of 1933, Detective Tony Alfano is stunned by the violent and seemingly senseless death of a young Italian woman. Her body, discovered in the pit of a construction site, bears the marks of obscene torture and cruelty. As the weeks pass and the Chicago World’s Fair excitedly anticipates the celebrated arrival of Mussolini’s aerial armada of twenty-four flying boats, more murdered and brutalized bodies are discovered. Are the victims connected to this spectacular event or is this the work of a deranged psychopath? Alfano and his sergeant have only days to find the answer - and the killer - before Mussolini’s fascist air fleet arrives from Italy and lands on the waters of Lake Michigan. Will Alfano find and stop the murderer before they can kill again? Or, will the Century of Progress World’s Fair be forced to close due to fear, international politicians, and Chicago politics? Everything is on Alfano’s shoulders. 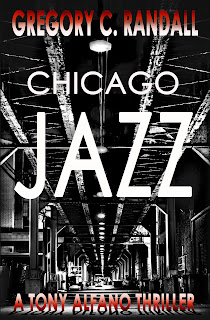 We also ran this week a promotional program on three sites, Freebooksy, Booksends, and The Book Machine. Far and away we had more free downloads via the Freebooksy site. I recommend it to my readers as both a good source for indie books as well as where to market your books. The price worked out to about to 4 cents a download - pretty good exposure for the buck. Sure BookBub is the big elephant in the room but it takes months to pierce their review process. While the download numbers are huge, the cost is also high - but on a per unit basis lower than Freebooksy. All a matter of budgets.

We did a book club last week - great fun and very interested O'Mara fans. A few had read the series and love the characters, not much more can be said or appreciated by an author. These are wonderful places to meet readers, talk writing (many think it's like conjuring and magic), and often get a delicious meal. I take them whenever I get a chance. Thank you Gail.

I do not have to tell you the world of publishing is getting stranger and stranger, so many opportunities and directions out there right now. But more on that in a later post.