Looking Forward and Looking Back

As an independent publisher we must publish, period, full stop. If not, you are just a writer with another job. The past year has been just that, a lot of writing, maybe 400,000 words, three books, two major rewrites, over a hundred blogs – and not one book published. And I feel pretty good about it.

The indie publishing world is like the universe, expanding in every direction without any control or governor (ancient term for a mechanical regulator). It's a country without boundaries, rules, managers, and police. It's the classic example of a business model under the absolute and total control of the marketplace. Sure there are those who bitch about Amazon's rules and/or it's processes or Mark Coker's Smashwords, or those few others who try to be some type of a gatekeeper, but the reality is more complicated and bizarre. There is no one throwing life preservers to those who have jumped ship and are waving for help. It is every man and or woman for him or her selves.

But sometime its necessary to pull back and reassess the process and what are the expected results. And that's what the next year will be all about, better management of the product and its exposure. There are some very bright people out there writing some very good things about how to get it done, I'll try to put some of them before you in this blog over the next year – we can attack this problem together.

My goal is simple; sell 10,000 books from the list of nine titles I will have listed by March 31st. (six available now – 3 under final editing and development). Pretty heavy goal but that's why there's a fence in a ballpark, something to swing for.

Reading List:
The past year hasn't been just writing, there has been a serious amount of reading as well. In no particular order here's a partial list:

Daniel Silva, The English Girl – great read and story, one of Silva's better works.
Sheldon Siegel, The Terrorist Next Door – fast paced contemporary cop story in Chicago, I recommend Sheldon's books every chance I get
J.K. Rowling (Robert Gailbraith), The Cuckoo's Calling – loved it, but much too long and with much Elmore Leonard would have suggested leaving out, since no one wanted to read those parts anyway.
Dan Brown , Inferno – Brown needs to punch his way out of the box he's built for himself, all and all a less than satisfying read and story. He could take lessons from Ms. Rowling on shifting career paths.
Amanda Coplin, The Orchardist – highly recommend this writer's wonderful story of Washington State in the late 1800s, in the Willa Cather vein.
Brad Thor, Full Black and Hidden Order – as always Thor tells a great story with his usual cast of tough guys and girls – all battling the evil empires of government (ours and theirs).
James Mallahan Cain, The Postman Always Rings Twice – a classic from 1934, as scary today as when it was banned in Boston.
George V. Higgins, The Friends of Eddie Coyle – another classic from 1970 – no one can write dialog like Higgins – no one.
Stephen Coonts, Pirate Alley – Always have loved Stephen's books, good to great characters and stories.
Leon Uris, Battle Cry – this is the first novel I read when I was in grade school, just had to reread – Mr. Uris was an exceptional storyteller, he also wrote Exodus.
Vince Flynn, The Last Man – we lost a great writer this year, The Last Man is just a great read, Rapp will be missed.
Dashiell Hammett, The Thin Man, The Maltese Falcon, The Glass Key – It's good to reimmerse yourself in the classics, language, style, pacing. Hammett was very, very good.
Jacqueline Winspear, Leaving Everything Most Loved – as always Ms. Winspear tells a tale of people, events, and the inter-war period of England. You can taste the tea.
John Hersey's, A Bell for Adano – one of the finest books on World War II and its after affects on a small Sicilian village. Great writing and characters.
And a good bit of non-fiction for research for the books I'm writing.

Have a great New Years and I look forward to hearing from you. 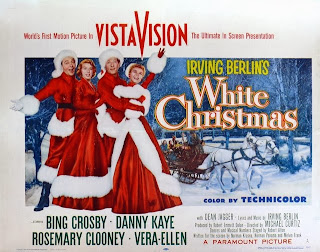 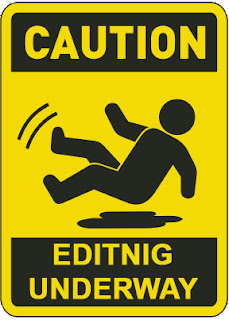