It's All Hard To Believe

It is hard to believe that this is the 73rd blog post for Writing4Death, just shy of one and a half years. During this time we have published one novel, Elk River, and two Sharon O'Mara Chronicles. We have redone the covers and updated the files at Amazon and Smashwords (which then flows through the bookselling industry). I can also say, without reservation, I have learned a lot about everything from blogging to creative writing. Forcing yourself to put out two columns a week (check out COGITO URBANUS) for the last couple of years will require you to become a thrifty wordsmith. Yes, less is more, especially if the less is getting better.

LATEST O'MARA CHRONICLE STATUS
On or about the first of February, I posted a schedule for the next book. I should be at 60,000 words by June 1, I'm now at 58,000 words and the story has taken on a life of its own (I just love it when it happens) and I will continue to push through the schedule - and maybe beat my expected time. For me a schedule is necessary, it may not be for you, but when you have two more novels ahead of you under development, well ya' just have to push through.

The backstory for the new book is the America's Cup sailboat races in the San Francisco Bay Area. Rich boys and their toys, who will win and who will die? Sharon will find out! And you thought sailing was only dangerous on the high seas!

BTW, in Toulouse 4 Death I had a bike chase through Paris, well Sharon and her close friend Gina, are staying in a palazzo in Venice, and with all those canals and tourists - well just let your imagination run wild.

I am also looking for brave souls who might want to review the draft book so I can get feedback - drop me an email at rpd@lmi.net - your identity will remain secret. Put "I Want To Read W4D" in the header. I will get back to you. This is NOT an attempt at free editing - I have a very good man for that, what I want to story criticism, I don't want copy editing - it will have typos and rough spots so be warned if interested. I will even put your name in the acknowledgements.

INTERVIEW WITH SANDY WOLTERS
Get feedback and comments from Sandy's followers and an uptick in sales as a result. I did a ten minute interview for Sandy and she posted it on her site (Sandy's Spotlight). Please check her out!

Here is the YOUTUBE video I put together with Sandy, enjoy!

You must check out Sunny Solomon's wonderful review, I'm even a bit embarrassed by it. And yes Sunny, the next O'Mara Chronicle is pretty good too. (CLICK HERE 4 THE REVIEW)

AND . . . Friday April 20, I am the featured writer at Sandy Wolters' Spotlight, her fantastic review blog. It should be posted at her site (CLICK HERE). It even has a YouTube video of yours truly blabbing away about my books and the writing craft and my personal relationship with the other redhead in my life. Enjoy!
Posted by Gregory C. Randall at 4/19/2012 No comments:

What Does an Ebook Byte Really Cost? 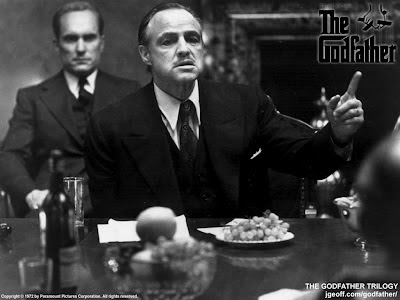 There has been a lot of ink, real and digital, spent on the current government “crackdown” on those felons that run the big publishing houses and Apple over price fixing ebooks. Comments and articles about forcing the consumer to pay millions more than they should for an ebook are everywhere. And the scenarios imagined in the press (they have these perps meeting in darkened rooms to fix the price of a bundle of bytes), are well, just head-scratchers.
Is there is a common price for ebooks? Go to iBook, or Barnes & Noble, and even Amazon and scroll down the prices. At first glance they seem all over the place, and at second glance you notice that they ARE all over the place. Part of the reason for trying to fix a price for a service or product across an industry is to insure future profits and ultimately control over that market. It is a way to attempt to control the marketplace, this is why the Feds feel entitled to wave a big stick. Ultimately this leads to complete failure, whether the nannies in Washington get involved or not. I for one missed the price sheet, I set my books at whatever price I hope the market will bear, so far some of my books have sold in the price range of $5.99 to free. Some days I think the market wants me to pay them to read the Sharon O’Mara Chronicles.
I really don’t care what these publishers tried to do; it would have failed miserably anyway, the market just doesn’t care. The market will do what it does, they may control prices for a while but they will not win. They may have, like the meetings of the Dons in one of Mario Puzo’s books, even tried to set the price of these electronic books. But my take is a bit more sinister, suppose the real reason is to control the Internet itself. I can just imagine the scenario:
“But, Don Corleone, you are the biggest of us, you have millions in the bank, and control over the politicians and the judges, in all fairness you must allow us a taste.”
“This may be true,” the elder Don said thinking of his empire of editors, warehouses, print shops and bookstores. “But we must go after the younger people, we have to get them hooked on our product, make it so WE are their only source. Let the others have their hardbacks and paperbacks; they are only librarians anyway. We are the future, we will control their minds through these iPads and readers.” Corleone said as he pointed to the piles of shiny tablet computers strewn about the dark mahogany. “It’s through these that we will control the market and thus make millions.”
The heads of the other families nodded, for many decades they had tried to control their respective neighborhoods through intimidation and fear. By twisting their street peddlers, the bookstores, with high wholesale prices, the bookstores were forced to continually raise the product’s price, but hell their customers where addicted, who cared as long as the money flowed.
“But I fear for a new gang in town,” a small voice said at the corner of the table.
“What new gang? If you are talking about the Independents, they are nothing to me.” Don Corleone said thinking of his dead brothers Don Amiche and Don Knotts. He hadn't heard from his missing brother, Don Rickles in months. “They sell a poor product, they are nothing, they know nothing of our business, they are foolish children. We will step on them like the little bugs they are.”
“But Don,” the small voice insisted, “we are only five or six or some other number I can't remember, and after the mysterious death of one of our best dealers, Don Borders, we are all afraid, should we go to the mattresses?”
“Fear, I laugh at fear, and quit talking in confused sentence structures.” The room was immediately filled with the Don’s booming laughter. He almost spit the tissue he had jammed in his cheeks. “That is why I am here, to save your miserable shelves, let me set the price for these ebooks, I know what’s best.”
“But Don, with all respect, these are some of our most addicted souls, they are writing and putting their ebooks on the market right next to ours, without our help. Their dealer Amazon…”
“Don’t mention Amazon to me in this room, they are lost to me. If I could I would kiss them on the mouth, that would show them.”
“Yes Don, we all know of your hatred for these people, but they are also one of our biggest dealers, we have to meet with them.”
“Who are you to tell me what to do?” The Don nodded to one of his henchmen, B. Noble, there was a shot. “Does anyone else have a question?”
“We are on your side Don Corleone, you will lead us,” the chorus of family heads said as one voice. Smiles ringed the table.
Their revere was cut short by a knock on the door, henchman B. Noble squinted through the door’s peep hole, “Holy horse head Don Corleone, it’s the Feds.”
All the others looked at the Don with fear written in large letters (Garamond font), on their faces, he smiled and strummed the back of his cheek with his fingertips. After a dramatic pause, he said, “I invited them.”

The wonderful thing about ebooks is the ability to quickly fix problems. A kind reader suggests an overlooked typo, a idiomatic phrase is correctly adjusted, and spell check is spell checked. A quick revision and the text is reposted on Amazon and Smashwords (it's a little more complicated, but you get my drift). This wonderful thing also allows the change out of covers. That's what I'm in the middle of.
I am "recovering" the first two Sharon O'Mara Chronicles (see existing covers, right column, Containers 4 Death and Land Swap 4 Death). After a couple of years and reader feedback I now believe that they need a boost. I also have tried to interlock the three book's appearances so there is a common graphic signature between them. I also wanted the text to be more in line with current thriller/mystery covers. And yes, there are genre font types - just look at the romance covers, thriller covers, and "big book novel" covers. You will see trends and looks - it's no different than changes in fashion and car styles.
So here they are, please comment. I would like to hear your thoughts.
Book 1 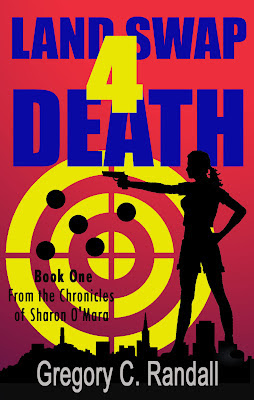 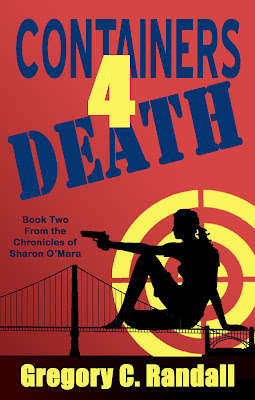 PRICING:
SPRING SPECIAL:
Until June 21, I am repricing all my ebooks at $0 .99.
That's right! For this very limited time you can enjoy the trials and travels of Sharon and her cop friend Kevin, as they fight crime in the Bay Area of San Francisco. See her vanquish oversexed environmentalists, shady developers, Chinese Tongs and Mexican cartels. Follow her back in time to help recover billions in stolen Nazi gold and return an unknown Toulouse-Lautrec painting.
It's all here.
Chills, thrills, intrigue and a hot chick with a gun.
Click the Titles to go to Smashwords:
Land Swap 4 Death
Containers 4 Death
Toulouse 4 Death
For Amazon ebooks:

The Rotary and Me