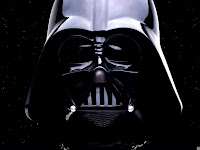 Next to my writing desk and within the left column of floor to ceiling shelves (five in all) in my library are two middle shelves 39 inches long. Bookending these two shelves of books on writing, editing, composition, punctuation, and a dictionary too heavy and dangerous to use, are two books, On Writing by Stephen King and 10 Rules of Writing by Elmore Leonard. The filler between these two is interesting and at times helpful. But if there is one simple and direct tome that tells a writer how best to write it’s Leonard’s 10.

Elmore Leonard died yesterday, he was 87. For those in the craft of writing he was a god-like character with all the usual Olympian foibles and charm. His craggy face and his craggy writing walked the same alleys and swamps as his characters. His shelf is almost fifty novels, all sharp tongued, witty, twisted, and crisp. He remarked that his hero, when he was young, was Hemingway, but later discovered that old Ernest hadn’t a humorous bone in his body – if there is one trait to Leonard’s work it is his humor (as dark and melancholy as it is). You know his books, and the movies, and the TV shows, I won’t list them – do this yourself. But he did leave us 10 rules, none original but succinct, to the point, and so Elmorian.

Elmore Leonard’s 10 Rules of Writing:
1.  Never open a book with weather.
2.  Avoid prologues.
3.  Never use a verb other than “said” to carry dialogue (he channeled S. King here).
4.  Never use an adverb to modify the verb “said.” (Adverbs are the mortal sins of writers).
5.  Keep your exclamation points under control!!!!!
6.  Never use the words “suddenly” or “all hell broke loose.”
7.  Use regional dialect, patois, sparingly.
8.  Avoid detailed descriptions of characters (your reader does have an imagination).
9.  Don’t go into great detail describing places and things (see 8 above).
10.  Try to leave out the part(s) that readers tend to skip.

I won’t even try to add to these.

In every class and seminar on writing mysteries and thrillers, Mr. Leonard’s style comes up. In reverent tones his use of the language (much he created himself) is demonstrated and discussed. Few achieve the level of sophisticated unsophistication he consistently achieved in his work. Read his books, study the lingo, understand the characters, immerse yourself in his worlds – then see your analyst.

Chili Wants His Coat
From Get Shorty 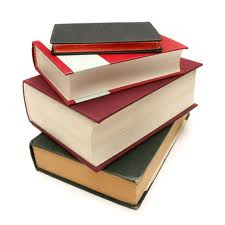 
I stumbled on a few very good videos that concern writing and the future of publishing, take a few minutes and enjoy.

Stephen King on e-books (remember this was three years ago)
http://www.youtube.com/watch?v=IGsx-VJ3e8M

John Hodgman – How to make it as a writer - he was in the commercial - PC vs. Apple.
http://www.youtube.com/watch?feature=player_embedded&v=tVUJIGqL1AA

An overview of 10 writing rules – whatever. This is so New Yorkish it makes your toes curl!
http://www.youtube.com/watch?v=LLIGZEBmBUk

So there you are; all the answers in one place. To paraphrase the great baseball movie, Bull Durham: