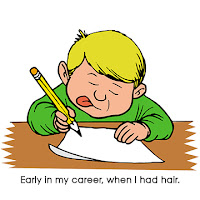 There’s tons of advice posted by some very good writers and bloggers on what the independent writer (and publisher) needs to know to be successful. So here are a few of my points. Some of this advice is—slap the forehead—obvious. Some of it is what I’ve learned in almost twenty five years of self-publishing, and some is in response to the massive changes currently underway in the publishing industry. All of these will impact you at some level, and some more than others. This list, like all lists, is a reflection of the writer’s (me) current sate of understanding of the chaos that is publishing. There are a hundred ways to make and bake a cake, and considering that last year more than 2 million novels were published (using innumerable methods and practices), you can literally have your cake and eat it too.

So let’s jump in and see what’s in store for writers, authors, and poets these days.

1. What do you want out of your craft?
It is critical, in order to avoid complete ego meltdown and terminal disappoint, that you have conversation with yourself (and maybe a close friend—wives and husbands are good) about what you want. Do you write for the fun and enjoyment of telling stories and entertaining yourself and your friends? Are you a hobbyist? Do you want to start a series and see what the characters will do? Do you want to become the next Gresham, Roberts, Patterson (pick one), and Child? Do you want to be traditionally published and/or do you want to be the master of your fate (for good and ill)? Do you want this to be your sole source of income? It is critical at some point of your career, it may not be in the first year but it surely will be during the first two or three years, to make such choices. It can and will change, but make the first step. Build a timeline, learn about the industry, go to conferences, meet people, help other writers, give back a lot more than you take. Like any profession it takes thousands of hours of work and honing your skills to make it – and the higher the expectations the more intense the work.

2. Keep up with the world of publishing.
There are great blogs out there that pass on (for free), pages and pages of ideas, hints, facts, and how-to’s. Subscribe to them, read them, take notes. One of the best on the profession of publishing is Digital Book World Daily (go here), individual memberships are worth the price of about 30 cents a day. There are many others, and many in each genre from erotic to romance to thrillers. Jump in as deep as you want. Join the IBPA. This organization, the Independent Book Publishers Association, is a wealth of information and you get the monthly magazine with killer articles on publishing. It is a must.

3. Be organized.
This is a lot like when your mother told you to clean up your room. I’m a piler. I stack all my emails (ones I print for future reference), magazines, notebooks, and drafts in great piles around my office. I then totally mess them up and forget what’s where. Be organized, set up a system, stick to it, get drawers to put files in—Don’t be a piler!

4. Get the best software you can afford.
At some point you will be taking that handwritten mess of a manuscript and converting into a readable MS that might even get to an agent. I use Microsoft Word, some swear by Scrivener and a few other applications out there. The last thing I want to do is fight the technology. MS Word may have some issues, but they are minor compared to the strength of the application. I also have started to use Grammarly, OneNote (see organized above), and a funky program called SmartEdit. They all help to clean up the MS and often fix problems before they get too messy. I work in both Apple and PC worlds, but mostly in Apple. I put my drafts in both the Cloud (pick one), in a separate hard drive through scheduled backups on Time Machine, and on memory sticks. You can never have the MS in enough places when your hard drive decides to kill itself. Most editors use Track Changes in Word, so it’s critical that you learn how to use this as well. Again this is a part of being organized.

5. Writing is hard; you are in it for the long haul.
The late Tom Clancy is famous for saying that writing is the hardest work he’s ever done. His research, his stories, and his need to make them fit into an ever changing world of international politics and human folly drove him to be a perfectionist. Most writers are proud of their work, they want it right and they want it to make a difference to the reader. And that means all genres whether they are that cute cozy with the cats on the cover or that nasty true detective blond cutie with the big…gun. Write like you are telling the greatest secrets in the world, even if they might embarrass your mother, she’ll get over it. There are few bad stories, only poorly written ones. Learn the difference.

6. There are no miracles, only persistence and luck.
Stop complaining about E.L. James and the Grey books, just get over it; I’ve almost been able to. Maybe a couple of more sessions with Johnnie Walker and I’ll get there. Luck and the readers collide in strange and interesting ways. The Bridges of Madison County, Fifty Shades of Grey, and dozens of other books struck a chord with readers and become sensations (and big money makers). But, for the rest of us less talented writers, we march on and sell one book at a time, meet one reader at a time, and hope for good fortune. You can’t win if you don’t show up. For all of Ms. James literary shortcomings, she still self-published, worked hard to find an audience, did okay then found a publisher who made it happen—big time. She and other indies writers, such as Russell Blake and Hugh Howey, are my heroes.

7. Use the new marketing platforms.
My previous blogs have pointed to a growing phenomenon of promotional blogs and subscription web sites that, for a fee, give you a one-day marketing shot. Use them, understand them, make a plan and follow it. A bookstore signing may get you ten people if you’re lucky (see above), but they don’t know you and these signings are expensive on a per book basis. These internet promotional sites get your name and your book out in front of ten of thousands of potential readers – for pennies a contact. Use them.

Bonus: Write more books
One book does not make an author. Write more stories, extend that series to five or ten books, diversify your genres, write short stories, novellas, poems, ad copy for your church, a blog. Each work becomes part of your repertoire and, like exercise helps your stay fit, you build on your writing skills day by day. One goal might be to write at least 500 words a day (or 3,000 a week). That’s’ more than 150,000 words a year, not bad. But probably well below the ridiculous numbers that James Patterson, Stephen King and Nora Roberts write – wild guess probably more than a million words a year.

Last comments: Write because you love to write. Write to tell stories. Write to entertain. And, most especially, write to keep sane.