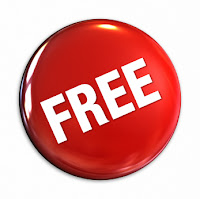 In past blogs I’ve mentioned the many book promotional sites that have popped up during the last five years. These sites are changing the landscape of the book and publishing industry. Primarily driven by the fantastic growth of ebooks, these promotional sites allow the author/indie-publisher/traditional publisher to more easily access the reading public and place their stories in front of an interested buyer.

Simply these are pay to play. For a fee (that is wide ranging) the author requests that their book be scheduled on a specific date at a specific price to be listed on a web site (usually through a subscription) that is broadcast daily to thousands and even millions of interested readers. The author (and/or publisher) picks the genre, the price, and the commercial site where the books can be purchased (Amazon, Kobo, Nook, iBook, etc.). In most instances the promotional site is a pass through, you do not buy the book directly from them. For the security conscience reader/buyer this is looked-for.

Each of the promotional sites has their pluses and minuses. Some are focused on specific genres (or more heavily oriented), especially romance, mystery, and young adult. Some have good to great visuals for displaying the books, others not so much. Most reputable sites do not charge the reader to join their subscription service. They make their money buy charging the author/publisher a fee to post. I’m not going to get into the fees or their relative pricing structures, but the reputable ones, such as BookBub, list the number of readers that their service reaches on a daily basis, the cost to reach those readers (varies whether the book is free or at a discounted list price). As I said some are very expensive (relative). Hundred of dollars to post (if accepted) but may reach millions of eyeballs. How much would it cost you reach that many with book tours, newsletters, and magazine ads.

For the new author, the toughest challenge is to be found and discovered. I can go to a dozen book club presentations, or try and flood the region’s bookstore with book signings, and I still will only reach a few hundred people—at best. The cost per unit sold is very high – gas, overnight stays, printing books, handouts, gimmicks and do-dahs, cost money. 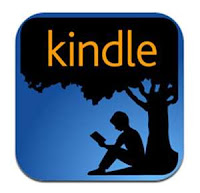 Over the last month I have, through listing four of my titles at various price points, had my books downloaded (primarily Amzon-Kindle) almost 7,000 times. The total cost was approximately $300. The goal for a new author (or even an experienced writer with a large backlist) is exposure. Every day there are thousands of new readers joining other enthusiasts in romance, sci-fi, thriller, mystery, and a dozen other genres. The author needs to remember that there is a wealth of new customers coming to the ebook industry every day – regardless of what naysayers say about the ebook industry. If you’ve written a great book, especially a series, the goal is to have the buyer buy the others.

I honestly don’t know how many of these promotional sites are out there. Some are personal blogs that weekly post a few books that interest them, some are just getting their feet wet, and others, such as BookBub (founded in 2012 – GO HERE for info on one of the founders), receive millions in venture capital to keep expanding their digital footprint.

I will over the next six months or so post progress blogs about my experience with these sites. I’ve already found that some need work on their business model, their payment systems (credit/PayPal, etc.), and customer interface. However, they are learning. Some are intensely curated and filtered. Some only want titles that have shown a track record (i.e. number of posted customer reviews – minimum of 100 I’ve heard), some tend toward the traditional publisher and their backlists, and others are beginning to develop their own internal review and acceptance procedures.

Toulouse For Death Is Free 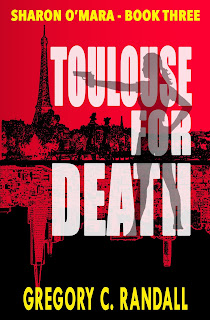 Today, tomorrow, and Sunday, (JUNE 12, 13, 14) Toulouse For Death is free at Amazon. This is the third in the Sharon O’Mara series and takes Sharon from San Francisco to Paris where she hopes to find the key that will unlock the source of hidden Nazi SS treasure. But… there is always a but; there are some 21st century Nazis in Argentina and the United States who will do anything to stop her—anything. This is a tale of stolen Impressionist paintings and one man who wants to return what’s been stolen to their rightful owners. Free Friday, Saturday, and Sunday.

It’s been posted on Facebook and other social media sites the remarks by one of America’s most admired and treasured writers of science fiction and fantasy. It’s all very public, sides are being chosen, as well as getting going political (GO HERE).

We humans tend to blame things on others when they don’t go our way. It’s always this group or that, which is preventing or perverting our goals—whatever they are. In this case, according to Ms. Le Guin, it’s the mass of unjuried books that are flooding the marketplace aided and abetted by Amazon. Books that are likened to food produced by agribusiness and food packagers full of sugar and fat. And because of this plethora of books our freedoms are in jeopardy? I my humble opinion, no one, at least in the more civilized parts of the world, can tell you what to eat or what to read.

Blaming Amazon for the collapse of the high quality of writing (as if there ever was a nostalgic past of “high quality writing”) is like blaming Safeway/Kroger for the increase in obesity.

If there is one undeniable truth it’s that more books are being written and published than at any time in the history of the world—period. Some are truly great and many are truly crap, that’s the way it is. Humans are capable of great things, but remember that even smart people produce things like the AMC Gremlin, any movie by Adam Sandler, and the “New Coke.”

Every writer I’ve met at conferences and conventions—everyone—has their books on Amazon. Most have self-published because the traditional publishers don’t have the room, the time, the interest, or the dollars to publish everything. Trads will continue to do what they do, but I assure you if they played for their beloved Yankees with their batting averages of published successful hits, they’d be optioned to the Single-A Charleston RiverDogs, tomorrow.

There are two ancient accomplices for human traditions, they are the storyteller and the listener. And today, it’s the writer and the reader. The publisher and the distributor act as middlemen and, of course, take the largest piece of the pie (not sure exactly why—but there it is). Amazon has now completely turned upside down this business model that’s just less than a century old. Amazon—acting as the distributor—deals directly with the author/self-piblisher, cut their deal (take it or leave it), and post the book with no censorship or jury (within their editorial/ethical limits of course). They wouldn’t post the first cover of my novel Toulouse For Death because there was a swastika on the cover. Since they sell in Germany, and the image is forbidden in that country, they asked me to remove/change the cover. That was my decision within the norms they established. But that’s as far as it’s gone.

What is really underlying Ms. Le Guin’s rant is what she herself said: “The profit motive often is in conflict with the aims of art. We live in capitalism. Its power seems inescapable.” She has become concerned that books have become a commodity and that by inference; the capitalist greed of Amazon is to blame for the collapse of civil discord and freedom. As the great Nero Wolf said, “Phooey.”

Every writer, who wishes to write (and eat) for a living, hopes and prays that their works are treated as more that expressions of freedom—they hope and pray that they become a commercial success. That means selling thousand of books, ten’s of thousands of books, maybe millions. That means by being with Amazon they are paid regularly (not semi-annually as with some trads), it means adjusting covers as needed, it allows fixing typos if found, and it means helping to develop online marketing strategies in a new world of ebooks that wasn’t even a consideration in those science fiction and fantasy books so popular fifty years ago.

In Le Guin’s original blog (GO HERE), she excoriates the Best Seller list (BS), and then, using the initials BS, proceeds to delve into the whole world of fast book marketing and throw away books – one can’t help but say the term bull shit every time she writes BS (my guess it’s wholly intentional). Her points are interesting yet steeped in a cultural rant that has been the progressive’s and conservative’s complaint for fifty years. “(fill in the blank) is leading to the end of civilization.” Now it’s Amazon.

Capitalism is Amazon’s greatest enemy; the works of Adam Smith prove this. If Amazon is successful, others will follow and improve the model. Even today, as Amazon’s stock price climbs and maybe a thousand new books are listed, it is in mortal danger of failing and some day being replaced with something bigger, better, more responsive. How’s that for an interesting fantasy notion.