My Love Affair With Apple

I am often amused (and poorer) by my addiction to Apple. Their products, since the early days of the 1980s with the Macintosh Plus and the later Mac Classic, have provided computers for my alternative life as a writer. Macintoshes, Apples, iPods (too many to mention), PowerBooks, MacBooks, printers, scanners, ImageWriters, Performas, iPods (Shuffles, Touch, Minis, nano), MacPro, iMac, iPads, so many pieces of hardware I’m embarrassed by the shelves and cartons stuffed with used equipment. And did I mention the iPhone? For the list Click Here.


I have always enjoyed the technology as well as the clean elegance of their products. Most are intuitive and more than user friendly. This one company has also turned on their collective heads the music and publishing industries (iTunes just to mention one subversive operation). There have been failures, some monumental, but they learned and refined and eventually found products that are helpful and are now standards in their particular genre (i.e. Garageband, iMovie, apps, iBooks Author, etc.) And, with the iPad, they have the best version of the ebook reader (that I invented in 1988 – see here for a kick).


I write while I travel. Planes, ships, trains, and early morning hotel rooms are my haunts when I have a book underway. My first travel computer was the PowerBook 165 and at maybe ten pounds it filled my bag like a giant black brick – but I loved it. Then the PowerBook G3 weighing in at 7.5 pounds, an improvement. Jump to the 21st century and the MacBook down to 5.2 pounds and so much horsepower (for writing) it lasted almost seven years – and actually it still runs fine. All to the good.


But with the iPad I found that it was difficult and almost impossible to write my way. I tried the remote keyboard (Bluetooth) and it performed well, but between the keyboard, the case and the bits, the weight issue climbed. And to make matters worse, the lack of Word software and no slot for my memory sticks added to its inability to perform at the level I needed. I love my iPad but its use as a computer substitute just fell short.


I have a long trip ahead of me. Lots of photos, articles to write, notes to take, and two books underway (one in editing); my iPad was not going to make it. And my old PowerBook couldn’t be upgraded to use the iCloud to store progress work in case the “worst” happens to my equipment.


Solution? Actually two solutions. The iPad for all its uses and apps is still heavy and too large to fit in my pocket, yes maybe my Scottevest travel vest, but still heavy – Solution 1: the iPad mini. It is everything the larger iPad is but weighs almost nothing and can fit inside a jacket pocket. And, with my iPhone, gets me everything from email, and movies to books. What I really like is that travel maps are easily accessed and can be quickly enlarged for my old eyes. Done. 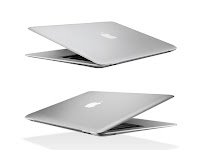 Solution 2: The MacBook Air, 11.6 inch screen, and at 2.4 pounds (with neoprene cover) less than my iPad with all the required support. Memory slots, full keyboard, very bright screen, great memory (three times my old MacBook) and pretty good battery. Everything required for all three pieces (phone, pad, computer) weighs less than five pounds and fits in my backpack and/or vest. And with the battery backup (less than six ounces) I have enough power to run my iPad mini for the eleven hour airplane ride. And what’s great is that I have a full blown computer to use during the trip that can go everywhere.


As a traveler and writer, technology has made it more convenient to work and entertain myself. These tools are helpful and now almost seamless with their cross compatibility. But they are just that: tools. But wondrous and creative tools they are and with solar charging (not yet in the bag) we can work anywhere completely disconnected. But who wants to do that?