We Are Live – And A Review of Winter of the World


No scarier words are spoken in TV and in books. Live! Everything is now real, no holds, what you see is what you get, just the facts Ma’am. 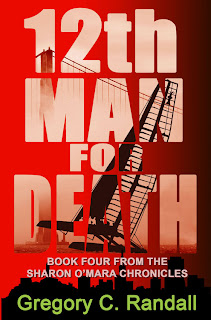 12th MAN FOR DEATH is now available at Amazon Kindle, and will be exclusively for the next 90 days. During this time, if you join Amazon Prime, you can download the book for free – just like borrowing the book from the library. My beta buyers say it looks great, so just click the cover right and away you go on a great adventure from San Francisco to Baghdad and Venice. Even if I do say so myself; it is a fun and quite interesting yarn.

Within the next few weeks the book will also be available through Amazon and CreateSpace as a paperback. Stay tuned here for the announcement.

A taste of the story can be found on the header above, just click on 12th Man For Death Chapters 1 & 2 and you will be instantly transported to the cold waters of San Francisco Bay and the ride of your life. Go ahead; I know you want to do it, just click. It won’t hurt.

By the way all the Sharon O’Mara books are available as ebooks at Amazon, give them all a read - and recommend them to your friends.

Book Review – Winter of the World 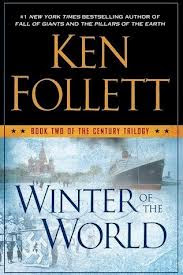 As a writer it is important to read other works by great and near-great writers (as well as the popular ones too). This keeps you grounded in your genre (i.e. thriller, detective, history, romance, etc.) as well as adding to your knowledge of the craft through others and their writing. Read for story, structure, tempo, language, style, and most especially satisfaction.

I have just completed Ken Follett’s Winter of the World, Book Two in the Century Trilogy. Mr. Follett’s stories please me. They are like going to the movies to see an epic tale that take hours to unfold, with hundreds of characters and dozens of scenes in exotic places. You sit back and allow the story to roll over you, movies like Exodus (Leon Uris), Ben-Hur (Lew Wallace-1880!), and Titanic (even though there is only one real setting – the North Atlantic). Mr. Follett accomplishes the same in Winter of the World.

The time span extends over the mid-1930s through to the conclusion of World War Two. We travel from Buffalo to London, Moscow, Berlin and Spain and many points between, following the multi-generational follies and triumphs of a mixture of upper and lower class Americans and their strangely connected relatives in England, Germany and Russia.

The primary characters (too many to mention – which is typical to Follett’s work) morph, evolve, and mature (and seem to have sex regularly) through these ten years. From the destruction of the Reichstag to the dropping of the atomic bombs – no ten years in world history have been so wrenchingly brutal on civilization. With the exception of a short chapter that takes place on December 7, 1941, most of the tangled story takes place in Europe. Follett is the writer looking over the shoulder of dark history as it walks the abattoirs of Hitler’s world. You are engaged from page one hundred, sadly the first chapters are a bit slow and as dozens of characters are thrown in your face, it is easy to get lost. It's a lot like going to your friend’s family reunion, too many faces and names, yet you do finally get the hang of them, eventually.

It is a study in manners and morals, style and substance (or lack of), and the perverse results of power and fear. He has developed a huge cast of characters that flow from his first book in the trilogy, Fall of Giants, and has prepared us for the last book. I cannot wait, but sadly will have to.