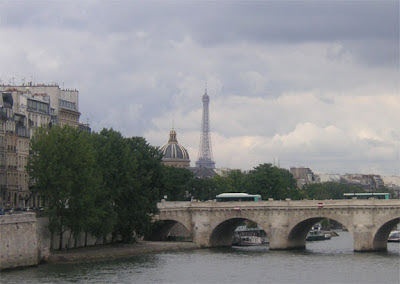 It is imperative for a writer to learn the subtle art of momentum. As the writer unfolds their story, the reader must be taken for a ride. A ride that, as the story proceeds, picks up speed and pulls the reader forward. Then at some point, the well-crafted story switches from pulling to pushing and the reader now holds on for dear life. Great stories have started slow then raced ahead, leaving you breathless. Others have slammed your head into a wall on the first pages. Then, as you start to recover, they throw you in the back of the truck forcing you to ride the rest of the way – and they’re driving. All kinds of tricks are used by the writer to coerce the reader to stay on board: bribe them with sex, make them sniffle, tease them with clues and red herrings, but don’t let them catch their breath. And don’t let them out. Make them cry for momma.

Momentum is that last sentence of each chapter that makes the reader think, “Maybe one more,” before setting down the book. Momentum is when the airline attendant threatens you personally about your Kindle, as the plane is about to land. Momentum is thinking about when you can get back to the book. And momentum is when, with a big book, you decide to buy both the paperback and the ebook so the story is always there.

Having just finished Mr. Alan Furst’s Mission to Paris, I was impressed with his ability to tease you, the reader, forward. Slowly at first as the characters are introduced and then, as the story unfolds, it races to the end. I was also surprised how many characters were introduced then left in the damp alleys of Paris. Not everything or everyone has to be answered. Mr.Furts's story is the vehicle for one man, an American actor (with roots in Vienna), as he tries to shoot a movie in Paris and is dragged into the world of spies during the months before Germany declares total war on the world,.

This is a thin book by today’s standards, 255 pages – maybe 70,000 words. Just my size. Each early chapter pulls you along until you can’t get off. It is well crafted, interesting, historically accurate as far as the story goes, it doesn’t bog down as some historical fiction can. He places the reader into the paranoid and fearsome time of pre-war Paris and Europe. The utter sense of foreboding and acquiescence is palpable.

This is not meant to be a book review, all right maybe it is, but Mr. Furst has done a simple masterpiece of the John le Carre school. I can honestly see Hitchcock make this into a movie – staring Cary Grant. It has the texture of North by Northwest, but more scary. In this story there is a real monster and he lives in Berlin.

Momentum is one of many gears the writer can use, and as they shift into higher and higher gears, the story has to speed up. The reader has to be afraid of crashing, fearing for their very souls, and also hoping that the ride never ends.