First off, let me say right up front (full disclosure and denial) that this post does not intend to make fun of, advertise, point fingers at, or imply that I endorse (or have read for that matter) the following books. What I am hoping to point out that within genres of writing (horror, romance, historical fiction, etc.) there are ubiquitous cover designs that have become old and stale. Every publisher does it. I say publisher because we all know that in the traditional publishing world we authors have as much chance as deciding the cover design as my books have winning the Pulitzer or some other important literary prize. 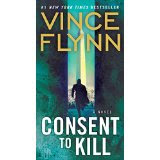 One cover design that seems to be on almost one out of five thriller/mystery covers is what I call the Lone Wolf: single figure, usually in silhouette, standing (or running, or fleeing, or holding a gun), in the center of the cover. Variations include tunnels (James Bond 007ish), hallways, wooded lanes, and the beckoning light at the end of the tunnel. There are literally thousands of covers out there. Every great writer in the genre has a cover or two with the single character standing alone against an ominous background: Harlan Coben, John Grisham, Vince Flynn, even Michael Connelly have done it.

While mostly men, lone wolf women are coming into their own. Maybe it’s the hips, the shape, the “in your face” attitude they can project that is stronger than the male. There are also couples (walking hand in hand and also fleeing and running). Sunsets and nuclear explosions are good for background halos here.

What drives these covers is the dominating theme of the Lone Wolf in the thriller genre theses days: the Jack Reachers, Sam Spades, Hieronymus Boschs, Mitch Rapps and dozens of others. One man or woman against the system and the bad guys, out to save the world or, at least, his own ass and those of his friends. Justice/vengeance is the big thing.

These will never go away—not that they should. But remember that your book may get lost in the all the noise, the intent and execution is paramount. Also note the title fonts, most of these covers pull off the title well—and that is the most important part of the cover.

Here are some I’ve pulled from the web, and most of these are recently published. Love them or hate them, they are here to stay. 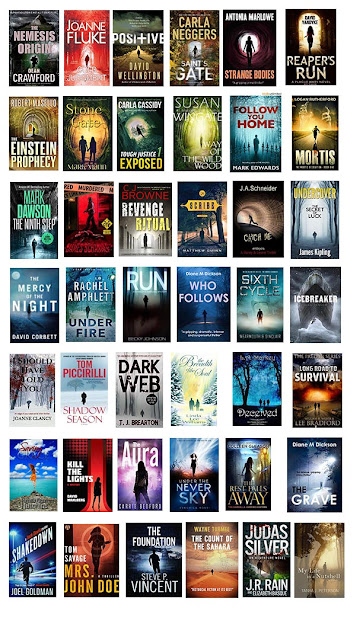