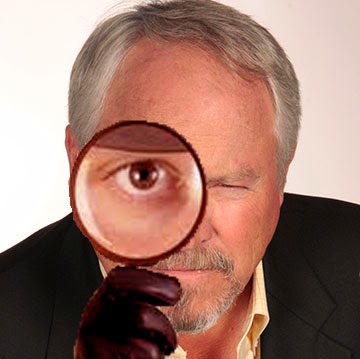 What can I say? It is these kinds of reviews that make you know you are onto something. All the hours, rewrites, and editing are worthwhile when you get a review like this:

"The gun fired with a concussive snap. The bullet clipped the right shoulder of the woman before shattering the driver's side window; she screamed and let her foot off the brake."

Most baseball fans in North America consider the sport to be an exciting pastime but little more than that. Even professional ball players tend to see it, at most, as a challenging and rewarding career. Yet for many young players in third world countries the game is a dangling golden ticket, a chance to escape poverty and carve out for themselves a new future if they can only be lucky enough and skilled enough to grab it. Toro Rodriguez, a Cuban slugger who is also an expert fielder, is one of the few fortunate ones to make it big in the major leagues, but the price he pays for his success and freedom is a missing family sequestered somewhere in his native country by a government that wants him back.

In this fast-paced fifth installment in his Sharon O'Mara mystery-thriller series, Randall combines the world of international baseball with political repression, diamond smuggling, and murder. O'Mara, a tough veteran of the Iraqi War and successful problem solver, is asked to go on a search-and-rescue mission to Cuba to retrieve Rodriquez's family. Meanwhile, her pal Kevin Bryan finds himself embroiled in helping stop a diamonds for guns operation that stretches from the Caribbean to Europe and then down into Africa. Both Sharon and Kevin will need all of their skills and wits to survive in separate assignments that are actually very much intertwined.

Randall exhibits all of the tools of a top-notch thriller writer. However, unlike many authors in the field he opts for more realistic action than the overblown variety. Expertly employing the techniques of backstory, character development, believable dialogue, and rising suspense, he has crafted a story that can stand toe-to-toe with some of the best examples in the genre out there.

Reviewed by John E. Roper – The US Review of Books

Didn’t I tell you? Makes one blush.

If there is one thing I’ve learned is that you can never stop learning, and to have a thick skin when it comes to publisher’s rejections helps. Let me say up front I am a committed practitioner of the art of self-publishing. But every once in a while it’s fun to wonder what might happen if I were to suddenly be accepted in the real world of traditional publishing (ah the horrors). I sent on my latest manuscript, that is literally only weeks away from publishing, to one of the crime publishing houses (dozens have popped up during the last five years) to see what might happen. Of course it was rejected. Not necessarily because of the story but because of some issues (in their minds) over the writing style. If you want to start an argument among writers criticize their styles. Then stand back.

But what the rejection did do was to give me a review (sort of) of the opening of the book, from this I crashed through another edit and the book is much better for it. So thanks Lee.