So You Want To Be A Writer 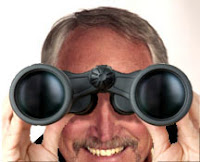 Few writers start out as writers, this is a tidbit I’ve picked up from conversations at numerous writer’s conferences, conclaves, and conventions. Almost everyone wants to tell their stories and intentionally and unintentionally end up at a desk with a pad of paper or laptop trying to construct a story that’s been bouncing around in their head for years. I’ve met lawyers and laborers, housewives and housemaids, junior and senior executives, past and present CEO, CFO, CIOs, a taxi driver, psychologists and psychotics, all wanting to write a book. Many eventually finish their project and meet their personal goal -  a finished manuscript. So what if no one reads the thing, for most writers it’s the journey, not the safe arrival. The tougher the road, the more interesting the ride.

Here are a few of the elements of the writer’s world that make it interesting and challenging.

What to write.
Non-fiction or fiction that’s it. True there’s poetry and maybe songs, but let’s just look at these two basic overreaching genres of writing. I am amazed at how often a writer’s first book is a non-fiction work, often stemming from something they are personally or professionally involved in. A lawyer has a dramatic civil case with a great cast of real characters, he writes the story. A scientist finds a bone in the middle of Africa and tells the story. A reporter watching a storm roll up the Atlantic seaboard collects personal stories of the storm’s impact and writes the book. From these success stories they often turn to fiction or both. Start with what you know and build on it. My first book was a non-fiction work on the building of a new American town on the Illinois prairie. It lead to a fiction mystery focusing on the development industry and led to four more mysteries and two novels.

Research
To be very honest I love the research more than the writing itself. A book, even hard core science fiction, requires some type of research. Non-fiction books on city and urban planning will, even today, require hours of library time. Thrillers, especially those with a military background, require correct and accurate information on everything from guns to methods of torture. A romance novel better have the canals of Venice correct if the story is to be true. Dick Francis knew the horseracing industry and the racetrack better than some jockeys – that’s why he was so good. And don’t get me started with lawyers and the courtroom, I mean it, don’t get me started. There are so many ways to get information, so start and keep great notes and a logical way of retrieving the data. Keep a notebook or a journal, take good notes, if you hear a great line write it down, steal it away for later. Keep your ears open to conversations, use them. Your research for one book may be useful in another story. Find a process and stick to it.

The Time Sink
Writing requires time, period. To finish a 100,000 word novel will take the normal writer at least six months for the first draft. Or it might take two years, or at 2,000 words a day two months. A contract with a big five publisher might demand two books a year or one a year, do the math. And it’s just not the writing itself, it’s the research, the rewrites, the emergency run to Starbucks to clear your head, or to the run to BevMore. It’s simple to say find a schedule and stick to it, phooey. Write when you can, try to keep to a schedule, rewrite on airplanes, on the upper deck of a ship, or on a park bench. Don’t make the excuse, “I have to have my special place to write.” That’s just procrastination.

Read Other Work
This is said over and over but it is true. By reading other writers in your genre you pick up on trends and the market, you also gain an innate sense of story timing and phrasing. This is not stealing but akin to learning a new language. When you read other work outside you current preference you open yourself to style and story structure. A good sci-fi story may have a romance – so read romance. Jack Reacher has issues – browse Psychology Today. Nero Wolfe was a gourmand – read Gourmet.

As you build your repertoire and experience some aspects of your writing will get better, your phrasing and dialog will be crisper, the use of adverbs and flowery words will drop, and the attitude of the story itself will strengthen. All for the better.