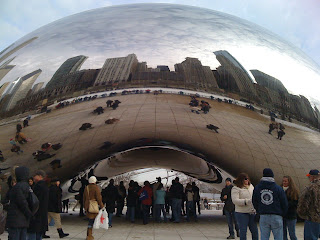 Short missive today, too much to prepare for. I will be heading to one of my favorite cities, Chicago, for a few days, then on to Traverse City, Michigan. Chicago is quite a toddling town. A "city with big shoulders," Carl Sandburg called it. Sinatra saw a man dance with his wife; I’m going for the food and liquor.

My books keep going back to Chicago like it was a hitching post; a place to tie my stories to. My first book, America’s Original GI Town, Park Forest, Illinois revolved, literally, around Chicago and its history of growth and change. In Elk River, the Smith family lived in Chicago. In my new novel set in 1937, Chicago is the stage for the first part. It has all the great and shocking things that most every grand city has, or has had, foisted on them: great leaders, poor leaders, historic events, mobsters, politicians, political demonstrations, writers, songs, and even food. Chicago has had it all and still does.

Hence the visit. It’s strange that so many people have been to Paris more often than Chicago – it’s heartbeat central to the fly-over parts of America. Sad but true. Its city parks are legendary, its beaches rival the best urban beaches in the world, they actually know how to pour a drink in their bars, steaks are measured in inches thick, and Michigan Avenue may outsell any shopping street in America. Now, would the Chicago Travel Bureau finally send me my residual check!

Chicago is our entry point to the Midwest, there a couple of days then on to Traverse City, Michigan for a book reading and signing. Horizon Books has been just great to allow this old prodigal son of this Northern Michigan outpost to host the event. I was born there, as my father likes to remind me, in the pre-air conditioned year of 1949. The way he says hot and muggy makes you really believe that that was the way it was. Actually it’s one of those delightful quiet and comfortable cul-de-sacs of America. It is a town where people may actually retire to; it fronts on Lake Michigan and has miles of wonderful beaches with the most yellow sand. Good fishing, golf, and winter sports. But like other edges of population in America during these tough times, things are hard. But then again they have been hard for a long time.

Hope you can make it, look forward to meeting you.