What I Did this Summer

Pushing on. I am in the middle of the first critical reread and edit of the manuscript. What I’m looking for is flow, wordy phrasing, and typos. The goal is to knock out repetition and redundancies. It is amazing how you can write a phrase and then find the same thing (with a few changes) not more than a line or two later. Out they go! Cut, cut, cut.

There is an old phrase attributed now to more than twenty writers that said, “Kill your darlings.” Simply, even though you love the scene and the dialog, if it doesn’t move the story forward, or cause to the story to grow – cut it. Put in a folder named ‘Darlings,’ and move on. BTW, never throw out stuff, it may be useable later (Some say that William Faulkner said it, but then again his work is still populated by a lot of darlings, he was a Southerner you know).

The goal is a leaner and meaner manuscript. It’s working, there’s dead phrasing, split infinitives, and adverbs lying all over the highway behind me. Pushing on.

What a great four days I had in Corte Madera, California at Book Passage. They have offered this conference for almost twenty years and many of the alumni now teach the classes. They have had Don Winslow, Michael Connolly, Bob Dugoni, Cara Black, and hundreds of other successful writers and agents teach us neophytes the way of the world of mysteries. Besides the usual classes on structure, plot, characters, and setting, there were classes on poisonous plants and guns. Detail is critical to the mystery reader – you get the caliber of your favorite pistol wrong and you will hear about it!

High points were an interview with Don Winslow (author of the book Savages, and the movie by Oliver Stone), Willie Gordon and Isabel Allende and how a marriage amongst writers works, Tarquin Hall the author of the Indian detective Vish Puri mysteries, and Karen Slaughter – all excellent. In addition the question and answer portion of the classes really hit home and added to the involvement. But after four days you’re exhausted. For next year I’ll prepare by better training.

Ebooks, the Feds, and Editing

Is this really the enemy?

While I can’t remember a moment in time when I agreed with Senator Charles E. Schumer on anything, his op-ed piece in the Wall Street Journal this morning did make me waiver. He wants the DOJ to drop the Apple E-Books suit. His reaction is based on the Department of Justice’s suit against Apple and major publishers alleging that they colluded to raise prices in the digital book market. He says that the suit would wipe out the publishing industry as we know it, making it much harder for young authors to get published.

As always Schumer is long on hyperbole and short on reality. I also take umbrage with the issue of “young” authors getting published, from my experience the great majority of us self-published writers tend to be, to use the euphemism, mature and experienced. But he is correct in his belief that this new media would wipe out the publishing industry; something is needed to kick it in the ass. As new authors to the game, as well as represented authors, quickly find out, to be successful requires a strong back, since you will have to carry everything. What the publisher brings to the game is dramatically changing and I don’t think they, or us, know what those changes will be.

Dear reader, contrary to most of what you’ve read and Schumer seems to believe, for the great majority of authors wanting to be read they set the price of the book. Not Amazon, not iBooks, not Smashwords or Kobo or even Barnes and Noble. The self-published author sets the price they want or hope to get. While we all want to sell our product for the same price as Turow or Clancy, we are realistic, we sell for what we can get. But we can, in the ebook world, change the price daily, weekly, offer it for free, give it away, or charge one million dollars. As always the market will determine the price. But it is also disheartening to find that when it’s free you will “sell” hundreds, but when it’s at $3.99, only in ones and twos (true story Charles!).

While there is the usual sop about the future and the impact on digital platforms what concerns me is the simple act of the government being involved in the control of the “message” whether it’s Shade of Grey or Dr. Seuss. Not the words but the price and thence, the access to these words – if you control the price (or even a threat of control) you control the message. The marketplace is a tough world and in the end the marketplace will win. I hate to see a world in the future where books are passed around on thumb drives hidden in the folds of coats and stuffed in other unmentionable places. To paraphrase, “Is that a gun in your pocket, or just the latest best seller?”

Editing
Editing of my latest O’Mara thriller, 12th Man 4 Death, is on hold this week. This week is the Mystery Writers Conference at Book Passage in Marin County, California. Three and one-half days of murder, mayhem, and CSI stuff – cool. So you want to be a serious writer of crime novels and thrillers? It’s always a good idea to be well founded in the facts, so for these few days I’ll listen to the proper way to die, how to investigate the death, and then make sure they stay dead. We’ll also look at story, character development, and firearms. There is also a session on deadly plants and bugs – very cool.

I’ll report on the conference next week and maybe even Tweet a few times. Look for it @gregorycrandall.

Now I Have to Edit the Damn Thning! 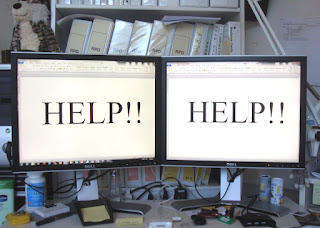 After months or years working on your manuscript you are suddenly confronted with the reality that it’s done, finished, “It’s in the can.” But more than likely your thoughts are: “I can’t stand to look at this thing anymore; I really do need to find a life.” There it sits, either in piles of handwritten and rewritten pages (today that’s doubtful, but there are a few old schoolers who love the pen), or on numerous versions of dated files in a folder in the hard drive in the prison that is your writing sanctuary. The big issue now is how to move it from final draft to edited final.

I won’t go into the story draft and redraft issue now, that’s for another long conversation over drinks. For the purposes of this exercise I will pretend that you have a completed story, you love it, and you know that the world will just love it too. I suggest that you start with your mother and work outward.

This is how, after six books, I attack the bloody thing.
Short Version:

Did I Really Write That?
Obviously after I have placed numerous copies of the draft manuscript in various bomb and radiation proof locals (memory sticks in a safe deposit box work well too), I re-title a copy of the file. Example: EditVerA-TitleDate, such as ‘EditVerA-12thMan7-11-12. I know it’s long but with each succeeding edit you can change the VerA to VerB and move on. The date helps to fix that particular version you are working on, capice? From now on you will continually update the file by saving it to a new file name, don’t rely on just the last opened and saved date in the finder, sometimes when you go to find a lost bit of text or thought in another file, the date changes, try to keep everything logical. Use a different naming format? That’s up to you, just don’t keep beating up the same file, it will come back to bite you at some point.

Everyone says that you need to let the manuscript rest. I agree. It should get out of your head. Start a new story, read more, ignore the thing like it was that chunk of cheese that got pushed to the back of the frig. Don’t touch it; try not to think about it. It calls, refuse it. Then, maybe six to eight weeks later, you take this Edit Version A and email to yourself. Then go to your iPad or other mobile device, open the file (I use the App Pages) and then read it as fast as possible. Ignore the obvious typos, the missing quotes, and other mistakes (do not take notes). You will quickly notice the flow, the pacing, and the style. If you’re excited then move on to the next stage, if not, go back to the story draft and fix it. I realize that this is strange but it works for me. The idea is to see the manuscript totally out of context. For months you have looked at the monitor and have become too accustomed to format and style, you miss things, you jump around, you leave junk between the lines. This fast reread gets it going, lets you fall in love all over again. The one thing that hopefully happens is how much you may become impressed with yourself, “Damn, did I write that? That’s good, real good. Wow. Maybe I have a future in this writing gig.” So now, onto the grind.

The Grind - Paper Version
Print this version, double spaced, in a readable font such as Times Roman or similar. Make sure the pages are titled (for every printing, change the header name and date) and numbered (no section/chapter breaks, I’ll let you have chapter/page breaks, but nothing more). You will again be impressed by the stack of paper, and spare me the wasted paper issue, by the time you are done you will refill that box from Office Max with reprinted and edited versions. They can all go to the recycler.

Shout it to the Streets
Read out loud this paper version, making notes and revisions as you go along on the manuscript. It is amazing how much you will find by reading out loud your story; you will revise sentences and flow (mostly shorten them), especially in the dialog portions. If it flows when you read it (with some dramatic flair, it’s unavoidable) then it will read well silently.

Next week we will look at editing the computer file. 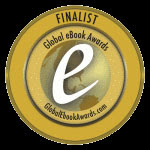 Short blog this week due to the holiday and travel. But I learned this morning that Toulouse 4 Death was selected as one of five finalists in Dan Poynter's Global Ebook Awards in the Category Thriller Fiction (GO HERE). Dan's efforts to help writers in the self-publishing industry is legendary. He is a guru and inspiration to many of us just trying to be read. The nomination is another reason for me to keep up the good fight.


I am starting the edit of the new O'Mara thriller, 12th Man 4 Death. Next week I hope to be able to show you my process of preparing the manuscript for editing and then working with my editor for the final read. What happens behind the scenes of the America's Cup races when someone is found dead? This is the story.


Goal: To be finished by mid-August, ebook by September 1, printed book by the end of September.