In today's issue of Kirkus Reviews, their bi-monthly magazine, I'm thrilled that they have selected St. Petersburg White for a review. This is a great honor since they select only about 10% of their monthly reviews for posting in the magazine. This is the third in the Alex Polonia series, the first two, Venice Black and Saigon Red were published by Thomas & Mercer. St. Petersburg White is published by our own publishing company, Windsor Hill Publishing. 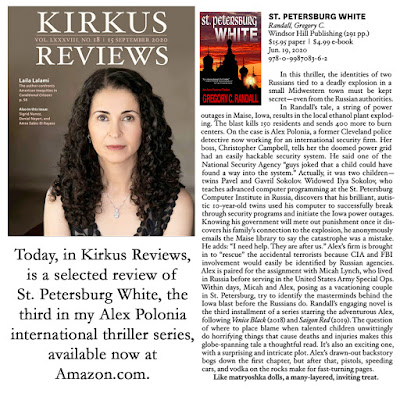 "This intricately plotted game of international cat-and-mouse will please thriller fans who like their page-turning intrigue spiced with dry humor." -- BookLife Review/Publishers Weekly 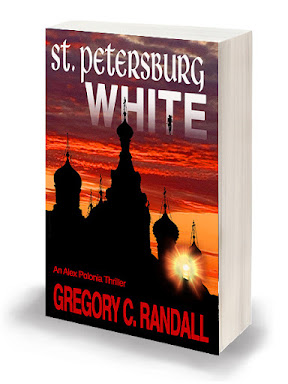 We are published on August 11, 2020 on Amazon, click the links and be one of the first to read the latest thrilling adventure of Alex Polonia. I'm thrilled with the reviews of my fellow writers and those of Publishers Weekly and

"It's a whacking great tale of mesmerizing characters careening through exotic places you seldom get to read about. ST. PETERSBURG WHITE is one terrific thriller." -- Jake Needham, author of the Mean Streets Crime Novels

"St. Petersburg White is an absolute non-stop thrill ride in the world of cyber-terrorism. Highly recommended." -- James L'Etoile, author of At What Cost and Bury The Past

"What and who caused the disruption of part of the American electrical grid? Was it sabotage or a fluke? As Alex Polonia tries to find out, she dodges relentless pursuers throughout St. Petersburg and nearby Baltic countries--all while Randall's readers enthusiastically turn the pages of this exciting novel." -- Gary M. Lepper, author of A Deadly Game and the other David Kenmuir "Deadly" adventures

"Randall continues surprising and pleasing his readers with this third international thrill ride in the eastern Baltic Sea. Randall’s genius is suspense and intrigue on every page. I continue to be a big fan." Robert Dugoni #1 International Best-Selling Author The Tracy Crosswhite Series and The Last Agent 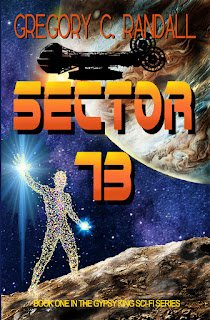 In the 25thcentury, when humans have colonized the moon and Mars and established outposts in the asteroid belt, a particular breed of men and women have evolved the industrial art of asteroid harvesting. Dragging chunks of primordial rock and ice to smelters circling Earth and Mars, they have become the principal source of raw materials for all these new world’s metals, fuels, water and breathable air.

One dragger, Buster Strabo, the captain of the Gypsy King, has for more than twenty years towed these elemental rocks sunward to the colonies. On this last drag, he discovers a rock that is more than he expected; in fact, more than the whole of humanity bargained for. Can this one asteroid answer humankind’s greatest questions: Are we alone in this universe and is there something else out there?

What is in Sector 73 that will forever change civilization’s and religion’s beliefs?

What elemental spark will drive the world to demand: Who are we and where did we come from?

Who is Buster Strabo?

Buster Strabo – is the Captain’s name. He’s been dragging rocks from the belt sunward to the colonies and earth for more than twenty years. Twenty years that would make any young man old. Dragging rocks through the vacuum of space will do that.

Buster Strabo – is the captain of the asteroid tow truck, the Gypsy King. The fusion powered spaceship is a one hundred and fifty-year-old accumulation of steel, aluminum, and diamond glass. Strabo’s the fifth or sixth captain, but who’s counting.

Buster Strabo – is owner of the cantankerous noid Hank; however, can you truly own a robot? Can anyone own anything so powerful and intelligent?

Buster Strabo – was there on the rescue ship twenty years earlier when they saved Tassos Orion, the then captain of the Gypsy King. The man who was charged with the loss of his entire crew—some say he murdered them.

Buster Strabo – older brother to Sister Anne, a nun of the Revealment order and very close to the Pope. And soon to be the director of the new colony on Mars.

Buster Strabo – a non-believing agnostic, who unwillingly becomes an integral part of the greatest event that humans have ever seen; some call it a miracle.
Posted by Gregory C. Randall at 7/14/2020 1 comment:

REPORT FROM HOUSE ARREST:
It has been a bizarre and strange last four months. My wife and I started this adventure the afternoon of March 11 in San Diego, with a conversation with Jim L’Etoile and Bruce Coffin at Left Coast Crime. A lot of questions were bantered about, us being thriller writers and all, you can guess the drift. The result was that my wife and I packed up our bags, repacked the car, and bolted for home in Northern California the next morning. Since then we have, like the rest of us, been in lock-down. It was a shame that LLC was closed the next day, so many had put serious time, sweat, and effort into making this an outstanding conference. I’m sure some hearts were broken; I wish them well. Maybe the conference will return to San Diego sooner than later. As they say in the good book, “Next year in Albuquerque.” 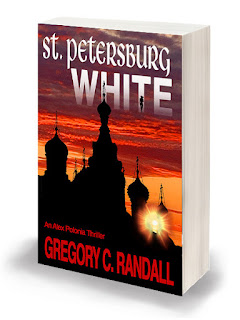 BREAKING NEWS:
You can read the past posts below, nonetheless, I have been busy. I’m hoping to publish four books this year. Sector 73was published on June 9, and the next Alex Polonia, St. Petersburg White, is due out at Amazon on August 11. Pre-order it now, and I will be forever indebted to you. Even buy you a drink when I see you next year (assuming we can leave home).

This is the third in the Alex Polonia international thriller series. Venice Black and Saigon White were the first two; Thomas & Mercer published them. It was a good run. They are extremely professional and there to help. Unfortunately, I didn’t fulfill their numbers and expectations. There was a time when 22,000 unit sales were bestseller levels, today in the ebook trade, it is hardly a bump. So, St. Petersburg White is being published by Windsor Hill Publishing, our own publishing company. It’s was nice to use their algorithms to market and sell the books, but it is also very nice to have complete control. Pre-order it now!– before they run out.

And please post your email and sign up for my newsletter, there will be some free stuff when I get the rest of my marketing act together, and alerts about coming events.

Now back to the videos on how to be a best-selling author.

I've been a fan of science fiction for most of my life, I still have many of my paperbacks from college. They run from Asimov to Zelazny, space opera to fantasy. So, after twelve novels that are thrillers and young adult stories, what the hell. And it was a challenge by my agent, a dare if you will, that got me started. Thank you Kimberley Cameron.

It is a classic space opera. It has a cranky robot, a heroic captain, a nun from the Sisters of the Revealment, a prophet, and things that go blink in the night. It takes place four hundred years in the future when mankind has colonized Mars and uses the asteroid belt as their source of raw materials. But mankind hasn't changed, the world at that time is the result of new world wars, unfathomable destruction, and interplanetary politics.

I hope that this will be the start of a series that focuses on the asteroid dragger, The Gypsy King, a two hundred year old space tow truck. Its adventures, its crews, and the people that make up the world as I see it in the future.

Science fiction, as we've seen during the last seventy years has in many cases gone from fiction to reality. So who knows if there will be a Captain Buster Strabo in our future. 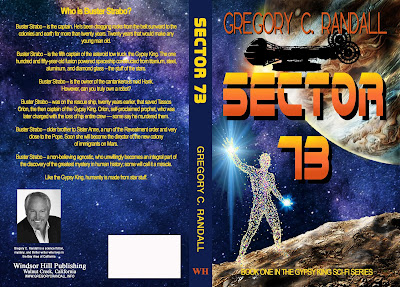 And for a little taste of the story, here's the Book Trailer: